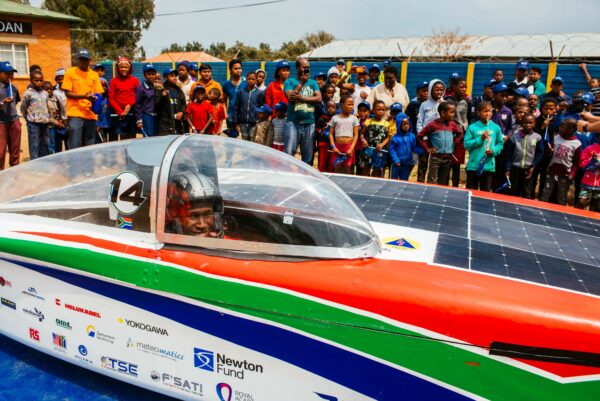 The Sasol Solar Challenge is the ultimate test of renewable technology and engineering. Solar car teams from schools and universities around the world compete against each other, on public roads. Pushing the limits of technology, design and engineering to see who can get the furthest, using only the power of the sun. Teams are run like professional racing teams, raising money to compete, doing their own marketing and logistics. Teams usually consist of between 20-30 individuals and teams will travel from Johannesburg to Cape Town over the course of a week.

On average each day’s stage is 300km and consists of control stop where teams and the event engage with locals inspiring future generations along the way.

The Sasol Solar Challenge brings Science, Technology, Engineering and Maths to the furthest corners of South Africa. Activations along the route will reach more than 2500 scholars from mostly rural towns. Through our unique education campaign and activations, we inspire the next generation of South Africans to design their own future. 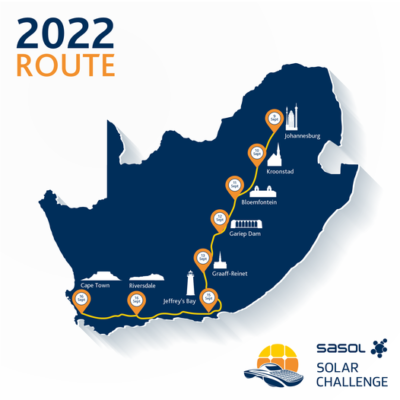